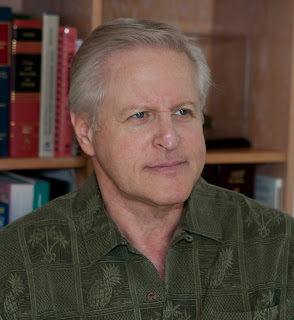 “There are no second acts in American lives,” novelist F. Scott Fitzgerald famously argued.
Ron Wilk would beg to differ. Wilk, 65, has been on the second part of his life for a full decade now, and things are looking up.
The first part of his life culminated in his becoming Dr. Ron Wilk, neurologist and chief resident at Mount Sinai Hospital in New York City, and later in private practice in Boca Raton.
Around 10 years ago Dr. Ron Wilk came tumbling down a flight of stairs. The resulting injuries were sufficiently severe to convince him to retire from medical practice and reassess his life.
“As a neurologist I knew the diffuse spinal injuries would make it difficult for lifting, bending and twisting, all of which a neurologist must do,” he explains. “Yes, I went through depression, self-incrimination and regret. Once I got through that, I realized I had to do something with the rest of my life. While I was in law school I discovered I had a facility with writing. Writing is not hard for me. Getting published is more challenging.”
Ron Wilk is now a novelist. “Papal Rogues” (Langdon Street Press, Minneapolis) is his first novel in print, but it is not the first thing he has written.
“I wrote two novels and sent out hundreds of query letters to publishers,” he relates. “When no one responded positively, I created a web site and published them myself. I have had over 950,000 hits so far.”
Almost a million hits, but Ron Wilk has yet to earn a penny.
He hopes that will change with “Papal Rogues,” a timely page-turner about a New Jersey computer hacker who dies under suspicious circumstances. This inspires his Scottish Internet buddy and fellow hacker to seek the truth, and discover shadowy, treacherous figures tied to corporate America, the U.S. Military, and certain rogue elements within The Vatican.
“America is incredibly vulnerable to cyber-terrorism- more so than most other counties,” Wilk asserts. “We are so dependent on computers and the Internet for everything we do. When the Pentagon can get hacked, we’ve got a problem.”
The prime hacker is the late American Michael Squire who relished the challenge of hacking into allegedly invincible web sites.
Evidently Michael was a little too good, because soon after he hacked into the web site of a very rich and powerful organization, he was found dead of an apparent drug overdose in his New Jersey bedroom.
Since Squire eschewed drugs and didn’t even smoke cigarettes, his Scottish friend, Calder McMonagle is highly suspicious. Calder, who worked for the same company creating viruses and their cure is so suspicious he withdraws his life savings and books an airline ticket to Los Angeles to investigate for himself.
“Papal Rogues” is full of rapidly-unfolding intrigues in a one-off world that resembles our own. The starting point for Calder’s investigation is the sinister Recton Corporation, which hired both Michael Squire and Calder McMonagle.
The next clue leads to Aspen Aerospace, a company with U.S. military contracts. Aspen’s most intriguing project is an invention that bends light waves in such a manner as to render material objects invisible.
It is payments made to fund that expensive invisibility project that ultimately leads to a Chicago Cardinal of the Catholic Church with close ties to the Vatican.
In his perilous pursuit of the mystery, Calder encounters two “femmes fatale;” one a hired assassin named Simone and the other a 19-year-old computer genius named Brenda. Along with the hot button issues, there are erotic diversions.
“Sex sells,” Wilk says with a smile and a shrug. “I actually had more sex in the story, but my editor advised me to tone it down.”
As it is “Papal Rogues” is racy enough to keep the armchair voyeur satisfied while fulfilling the role of gripping whodunit.
Wilk is not resting on his laurels. He has just finished a fourth novel, a psychological thriller, and he is working on a possible sequel to “Papal Rogues.” On the practical side, he has an online blog about how to deal with the second part of anyone’s life.
Go to www.ronwilkfiction.com for more information.
Posted by Skip Sheffield at 12:39 PM