"Above and Beyond" An Inspiring Documentary 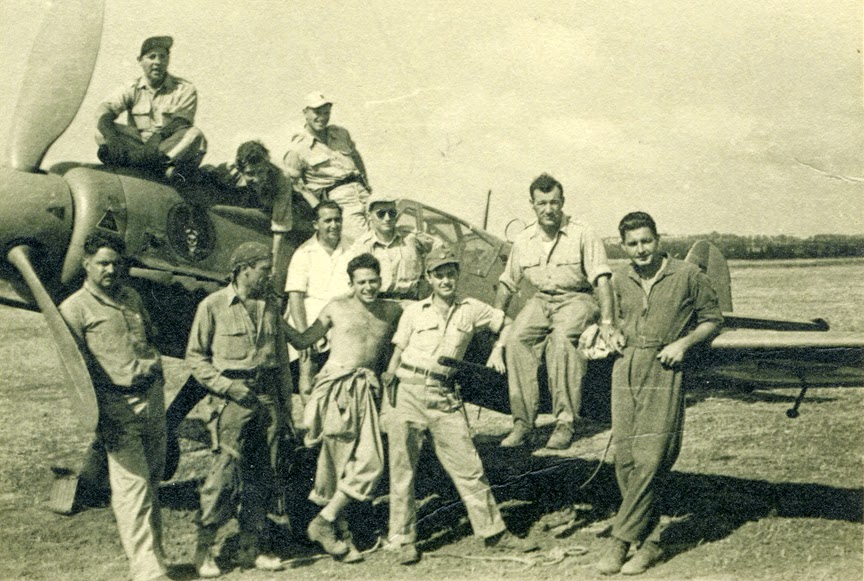 “Above and Beyond” a Thrilling Documentary

You don’t have to be Jewish to be inspired by “Above and Beyond.” This is the story of some true American heroes who risked everything to defend the infant State of Israel in its infancy when the British withdrew from what had been Palestine in 1948.
Director Roberta Grossman and writer Sophie Sartan interviewed about a dozen surviving American pilots who volunteered to create an air force to defend Israel from five Arab nations bent on destroying it.
The story begins on May 2, 1948. Lou Lenart and Coleman Goldstein are two of the first pilots interviewed. Both were World War II veterans. Goldstein recalls all Israel had in the way of air power was a few Piper Cubs capable of lobbing Molotov cocktails. Leon Frankel, a U.S. Navy veteran, recalled the anti-Semitism in America typified by the infamous Father Coughlin. George Lichter, USAF, admits he “didn’t like being a Jew.”
“Above and Beyond” is a classic David vs, Goliath story of a handful of flyers, not all American and not all Jewish, who fought against incredible odds to defend the Israelis, surrounded on all sides by hostility. The problems began when the United Nations partitioned Palestine in February of 1947. Israel accepted the terms. The Arab nations did not.
As armed forces veterans, the fliers were able to buy surplus U.S. planes and equipment. Just getting to Israel was a challenge. The veterans took a circuitous route through Panama and thence to Brazil, Casablanca, Rome, and finally Czechoslovakia, which was the only country in the world willing to sell airplanes to the defenders. Ironically they were Messerschmitt ME-109 fighter planes, flown by Germany in World War II. The planes “required some assembly.” They were repainted with the Star of David added for identification.
The first casualty was not American and not Jewish. He was Canadian flying ace George “Buzz” Buerling, killed in a crash during a test flight. Then men gave themselves a 50-50 chance of survival. Historical figures such as Golda Meir and Simon Peres are depicted. Even Pee-Wee Herman (Paul Reubens) is represented. His dad was a veteran.


“Above and Beyond” is a documentary produced by Nancy Spielberg that plays like a thriller with equal parts history lesson. The statistics are grim: 700,000 Palestinians were displaced. One percent of Israel’s population was killed. The troubles continue to this day.

Posted by Skip Sheffield at 6:49 AM